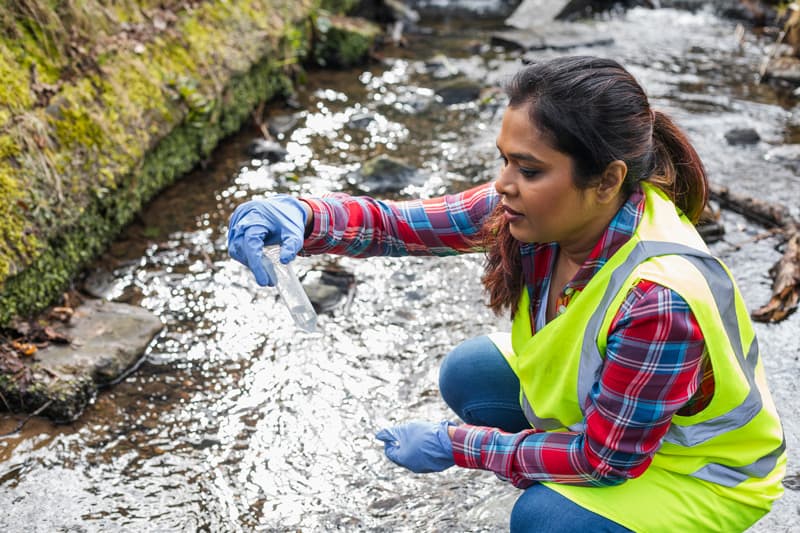 Fostering Advocates for Gender and Mining Governance in 133 Nations

Gender inequality persists in much of the global mining sector. As with previous generations, women today are often excluded from decision making, underrepresented in the workforce, and face discrimination on mine sites and in affected communities. And as the industry evolves, there is no guarantee that longstanding inequities will be rectified.

Governments can help make things better with gender-responsive policies and targeted programs that engage with industry and civil society. To build the necessary awareness and skills to advance gender quality, the IGF and partners launched a free Gender and Mining Governance massive online open course (MOOC). It takes a multistakeholder approach, with tailored content exploring the role of government, industry, and civil society.

The inaugural course in 2020 was very successful, but participants expressed a need to expand the offering so they could invite their non-anglophone peers. And while the original curriculum covered a wide range of topics, participants pointed out some additional subjects to add to the course.

After the first enrollment was completed, the IGF set out to improve the course alongside its partners from the Environmental Governance Programme (EGP)—a joint initiative of the United Nations Development Programme (UNDP) and the Swedish Environmental Protection Agency—as well as UNDP’s Learning for Nature Programme.

The partners did a thorough review of the course modules and developed new content on the topics that had been flagged by participants. The team also liaised with specialized civil society and academic institutions to produce high-calibre video lectures from reputable organizations such as Levin Sources and the University of Lulea. New topics included challenges and barriers for women in artisanal and small-scale mining (ASM), gendered impacts of COVID-19 in ASM, new technologies and gender equality in the mining workforce, and a deep dive into Canada’s Gender-Based Analysis Plus assessment process.

To expand accessibility beyond English, the partners decided to fully facilitate the course in French and Spanish as well, including lectures, course materials, and interactive forum discussions. The organizers sought to reach more participants in Latin America and West Africa because these regions are home to important mining jurisdictions and were underrepresented in the initial enrollment.

Having the possibility to share our experiences and ask questions in three languages was fantastic. It allowed dialogue from people that otherwise wouldn’t have participated.
– Catalina Cañas Yañez, senior policy advisor, GBA+ Centre of Expertise, Natural Resources Canada

The efforts paid off. The expanded course successfully attracted a larger and more diverse audience with 1,747 participants from 133 countries, up 30% and 47%, respectively, from the year prior. The course achieved a 24% completion rate—more than double the industry average.

One third of the participants chose the French or Spanish streams, and the course drew notable participation from people in Cameroon, Chile, Colombia, Peru, and Mexico. Multilingual users were able to participate in discussions across the language spectrum.

“Having the possibility to share our experiences and ask questions in three languages was fantastic. It allowed dialogue from people that otherwise wouldn’t have participated,” said graduate Catalina Cañas Yañez, a senior policy advisor at the GBA+ Centre of Expertise at Natural Resources Canada.

Now I am more confident to deal with gender issues, and I will use my knowledge to influence policy changes in my institution.
– Alhaji Lamin Turay, regional geologist, Sierra Leone’s National Minerals Agency

The largest professional cohort came from the private sector (29%), followed by the not-for-profit sector (23%), the public sector (15%), academia (15%), and international organizations (9%).

“Now I am more confident to deal with gender issues, and I will use my knowledge to influence policy changes in my institution,” said Alhaji Lamin Turay, a regional geologist with Sierra Leone’s National Minerals Agency.

Feedback from participants also reinforced the value of the additional curriculum topics, such as the added focus on women in ASM.

“Prior to this course, I had a difficulty understanding how to promote women’s participation in ASM beyond washing of ores and other menial tasks which pay less,” said Maybel Acquaye with the Africa Centre for Energy Policy. “This course shaped my perspective on the various forms and, more importantly, the health and gender-based violence aspects which are major barriers to women’s participation.”

Rajneesh Kaur of Oxfam International stated: “I am directly working on a 5-year grant dealing with women in artisanal mining, and the coursework, lectures, and the case studies have provided me with in-depth knowledge and skills for this project. I know the responsibilities of each stakeholder to ensure meaningful participation of women in ASM.”

In 2022, the partners launched a self-paced version of the course, allowing participants to progress through the modules on their own schedule.