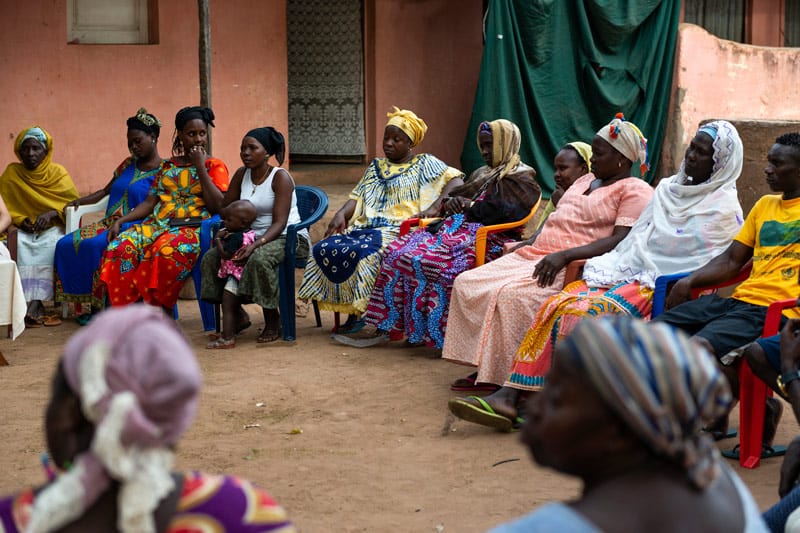 We know that mining impacts are felt far beyond the project site and can change the social, economic, and cultural fabric in mining-affected communities.

We also know mining is not gender neutral. Women can face gender discrimination regardless of a mining project’s size or stage of development. Mining can alter people’s livelihoods, ways of life, cultural traits, political systems, and community structures—and these changes affect women and men differently. The right policies and practices can ensure mining doesn’t foster gender inequality and discrimination, but rather supports women in sharing the benefits and opportunities that the sector can provide.

This is why the Intergovernmental Forum on Mining, Minerals, Metals and Sustainable Development (IGF) held a global digital consultation on Goxi in September 2020, in partnership with International Women in Mining, to better understand and define the role of governments and other stakeholders in assessing the gendered impacts of mining. The goal was to map available policy tools and case studies while examining the challenges and potentials of implementing these tools. 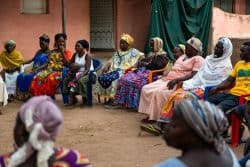 While host governments set the requirements for impact assessments, lenders and corporate associations (such as the International Council on Mining & Metals) can prompt mining companies to consider additional social concerns. However, in practice, impact assessments often focus on environmental elements,  while neglecting to adequately capture social impacts and use gender-based analyses at the early development stages. Participants in our Goxi consultation highlighted that to address this gap, governments and mining companies need gender-disaggregated data, which is severely lacking in the sector.

Governments and mining companies need gender-disaggregated data, which is severely lacking in the sector.

All analyses begin with data. According to the Extractive Industries Transparency Initiative Standards, gender-disaggregated data is a crucial first step in understanding gender-specific risks, challenges, and opportunities that mining operations can create. It’s critical to understanding the status quo and setting goals. Without the right data, measuring performance is difficult. If the goal is to promote gender equality, baseline data collection associated with impact assessments must be designed to collect information on gender. And it must go well beyond superficial measures, such as simply segregating existing data based on gender.

So, What Is Gender-Disaggregated Data?

Disaggregated data is data that’s been broken down into specific subcategories, for instance, by asking about a person’s education level, region, or income level. Gender disaggregation goes a step further by collecting the necessary data with gender as a primary subcategory, relying on women’s agency in the data analysis. This doesn’t mean gender-disaggregated data is only focused on women. Instead, this data can be used to show how certain issues impact men, women, and all gender-diverse people differently. In addition, gender data must reflect other intersecting identities such as race, ethnicity, religion, age, and mental or physical disability.

This means asking the right questions. An effective gender analysis can only be done when asking questions that reveal the existing social, cultural, and economic structures shaping mining-affected communities. Understanding how communities are formed, their structures of power, and how labour is organized are essential to an informed impact assessment. Thus, data collection requires involving people with expertise on gender equality and knowledge of the local dynamics regarding women’s empowerment so that the right questions can be properly asked. In addition, the knowledge and agency of local women must be considered during data collection.

Our consultation showed that it remains difficult to find successful examples of mining impact assessments that use gender-disaggregated data. One critical reason for this is the prevalent assumption that such data collection is expensive. Another reason is indifference. Gender-disaggregated data is still not widely seen as necessary, especially amid the limited time and resources often allocated by companies for impact assessments.

Studies show that understanding gendered impacts is not only critical for societies but also for the success of mining operations and an indicator of good governance.

But today, the robust literature on gender and mining governance proves these assumptions incorrect. Studies show that understanding gendered impacts is not only critical for societies but also for the success of mining operations and an indicator of good governance. In the long run, ignoring gender data—and thereby ignoring potential gendered impacts—can cost much more than the expense of data collection: it can threaten a mine’s social licence to operate. And trying to adapt later in a project’s life can be exceedingly costly and difficult. Furthermore, without a proper understanding of gendered impacts and concerns, companies also risk missing the opportunity to tap into a gender-diverse pool of employees and suppliers. 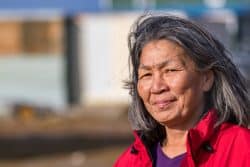 Our consultation revealed that even when gender-disaggregated data does exist, there is often a lack of transparency around data collection, analysis, and application. This transparency deficit can fuel mistrust when local communities aren’t involved in the design, collection, and analysis practices and can’t see how the data is being used. For example, this is common with Indigenous women in Canada who, even when wanting to collaborate with industry for data collection and analysis, are routinely excluded from discussions and negotiations with government, according to the Native Women’s Association of Canada. When women know their concerns are informing project planning it leads to greater levels of trust in the mining sector.

Involving relevant stakeholders and experts (such as non-governmental organizations or women’s groups) in the design and collection of the data can support transparency and trust. Women in the host communities can co-design the data collection process and stay involved in the collection and analysis phases so that their opinions are meaningfully integrated into each step. The quantitative and qualitative analyses undertaken by the Pauktuutit Inuit Women Association of Canada are prime examples of this approach. And ensuring community members have a chance to validate the data, especially with personal testimonials, is also important, according to Oxfam.

Mining companies can be creative to ensure women are active participants in the data collection and analysis process. For example, an Oxfam project in Cambodia provides smartphone applications to local women for collecting and analyzing data to ensure agency, trust, and support throughout a gender impact assessment.

When gender-disaggregated data is collected, mining companies can use the information to ensure their projects do not exacerbate gender inequalities, while governments can analyze the impact of a mine and create gender-inclusive, evidence-based policies as needed. Critically, collecting the data at the earliest phase of development is essential to conducting an effective gendered impact assessment for a mining project.