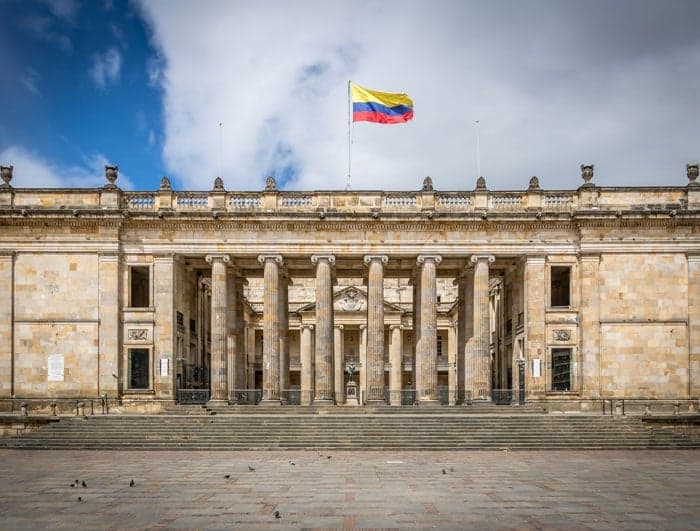 |
Blog written by CIAT and IGF

On May 29, 2020, IGF and CIAT held a webinar on Mining Tax Policy and Administrative Responses to COVID-19. The panel was composed of Gonzalo Isaác Arias of CIAT and Jaqueline Taquiri of IGF. Speakers from Chile, Peru, and Colombia all contributed. More than 150 participants joined the webinar and several questions were left unanswered. In light of this, IGF and CIAT are jointly publishing some answers, dividing them between those related to mining tax policy and mining tax administration.

1. What are the main measures implemented by Chile to support large-, medium-, and small-scale mining in Chile as a result of COVID-19?

COVID-19 has mainly affected the ability of mining to provide tax revenues for the Chilean treasury. The fall in copper price from USD 2.85/lb pre-COVID-19 to USD 2.73/lb post-COVID-19 represents a significant impact on Chile’s income from copper, which will drop by USD 704 million from 2019 to 2020. At the moment, no fiscal measures have been taken that are aimed only at large-scale mining. Various measures have been taken, however, that are aimed at all productive sectors, such as the 3-month postponement of value-added tax (VAT) and the early repayment of income tax for small and medium-sized enterprises. Also, through ENAMI (a mining promotion and processing company), the copper-price stabilization fund has been activated since the beginning of the pandemic, which has enabled Chile to pay small mining producers an average of USD 2.65/lb for metal produced during March and April, regardless of the lower international copper price and the effects of the coronavirus emergency.

2. What are the main measures implemented in Peru to support mining as a result of COVID-19? Should the government be taking measures to support its mining sector in the near future?

The Government of Peru has not taken any measures specific to the mining sector. It has, however, taken a range of tax-relief and economic-recovery measures that could be applied to mining taxpayers if they meet the requirements and conditions set by the regulations. The tax-relief measures include extending the term for loss carry forwards from 4 to 5 years; reducing or suspending payments on account, subject to various conditions, from April to June 2020; the ability to postpone tax debts and pay them in installments; and accelerated depreciation for certain fixed assets. The economic recovery measures include the extension and expansion of the Special Scheme for Early Recovery of VAT (for taxpayers with incomes up to USD 2.9 million); the Reactivate Peru program (a guarantee granted to companies requiring working capital, with a fund of USD 18 billion); and funds for micro, small, and medium enterprises.

3. What are the main measures implemented in Colombia to support mining as a result of COVID-19? What stages of the mining value chain would the measures cover?

Colombia is facing a sharp drop in the price of hydrocarbons, and that is why it is looking at minerals like gold for economic recovery post-COVID-19. No measures specifically for the extractive sector have been taken in Colombia, but some of the provisions made for all industries could apply to mining. For example, the accelerated repayment of positive VAT balances is of particular importance for mining. The Ministry of Mines and Energy, however, believes that taking relief measures for the extractive sector should be evaluated in two ways. First, fiscal support could be granted to businesses by reducing self-withholding tariffs on crude exports or decreases in income tax payments on account for 2020 in proportion to reductions in income. As a second option, measures that directly encourage investment are important, specifically, those that postpone the implementation of investment obligations contained in mining contracts.

4. What is the private sector’s view of the measures taken by the Peruvian government in response to COVID-19?

The provisions implemented by the Peruvian government have been very well received by the private sector, despite no arrangements having been made specifically for mining. While the reduction in the overdue interest rate from 14.4% to 12% is considered as a positive, some say the rate remains high and would like a further reduction in the current circumstances. One positive response has been that the Special Scheme for Early Recovery of VAT has been expanded to promote the acquisition of capital goods, providing companies with cash flow during the construction phase. While the scheme for the accelerated depreciation of fixed assets is welcome, it does have an exclusion that could affect mining companies, since it excludes investments falling under the Tax Stability Agreements (CET) from the scope of this benefit; this includes those investments for which the period of stability (before the investment is completed) has not begun. As the speaker sees it, those mining companies that have already implemented the CET but have not yet begun the tax stability period should not be excluded from the accelerated depreciation benefit, as this is a breach of equality before the law.

5. Given the differences between mining companies and those in other sectors (number of employees, company size, number of operations with related parties, etc.), why did governments like those of Chile and Peru decide to treat mining companies in the same way as other companies?

The governments of Chile and Peru have not given express reasons why they did not decide to grant specific tax reliefs to large-scale mining companies. This fiscal policy decision could be due to the existence of mining tax schemes in these countries that automatically adapt to economic circumstances, that is, mining tax schemes that respond to low or high prices, including tax on operating profit, for example, within the list of tax instruments.

6. What comments are there on the temporary suspension, because of the crisis, of the so-called “sixth method” to record and reflect commodity prices?

7. In connection with the planning strategy for large enterprises in the mining sector, what do you think about adjustment by geographic area and attribution to the parent company of the risks that they take in starting their operations in developing countries? We have seen that some of these countries may suffer from insecurity, more-extreme economic cycles, political instability, and less access to tax treaties. How should these risks be attributed or addressed?

CIAT developed a set of recommendations for monitoring transfer pricing, published in 2019—The Cocktail—whose Ingredient 2 discusses the importance of implementing adjustments for differences in geographic markets. The document proposes three options and recommends, on the grounds of simplicity, “adjusting country risk to working capital.” These adjustments have their pros and cons, but we believe that they are to be recommended, especially in these times when country risks—external to those of the company itself—significantly affect operations.[1]

8. What opportunities are there for collaboration between tax administrations under the new COVID-19 context?

The opportunities are the same as those before COVID-19, the greatest difference being the extreme need to maintain tax revenues from those companies that generate taxable income. Companies carrying out significant international operations often provide a good part of the country’s tax revenues, making intensive checks on international information more than necessary. Furthermore, one way of increasing the efficiency and consistency of analysis while avoiding the generation of higher compliance costs to taxpayers could be the coordination of simultaneous or joint audits. The innovation could be the intensive use of virtual communication tools, including for the conduct of interviews within the context of audits abroad—on condition that regulations allow this—or discussions on the behaviour of economic sectors to identify transcendent risks that need to be addressed. The digital economy is a growth sector in the current context, where the exchange of international information is key to generating control.

9. What are the main concerns of tax administrations in mineral-rich countries in a post-COVID-19 scenario?

The main concern is levying resources taxes where taxable income is generated. It sounds obvious, but right now, reducing the large gaps that the regions have historically maintained—especially on income tax—is a challenge. The scenario has changed, and we have to learn it anew and discern winners from losers. At the country level, we understand that the interests that affect the work of tax administrations are related to maintaining and attracting foreign direct investment.

[1]The Cocktail of Measures for the Control of Harmful Transfer Pricing Manipulation, Focused Within the Context of Low Income and Developing Countries expressly states that “To identify if the conditions of the comparable differ from that of the tested party, we can rely on macroeconomic indicators. These show the profitability indicators in the capital markets of the territories or economies, as well as the differential in the rate of return, which is commonly known as a country risk rate or country risk spread.”