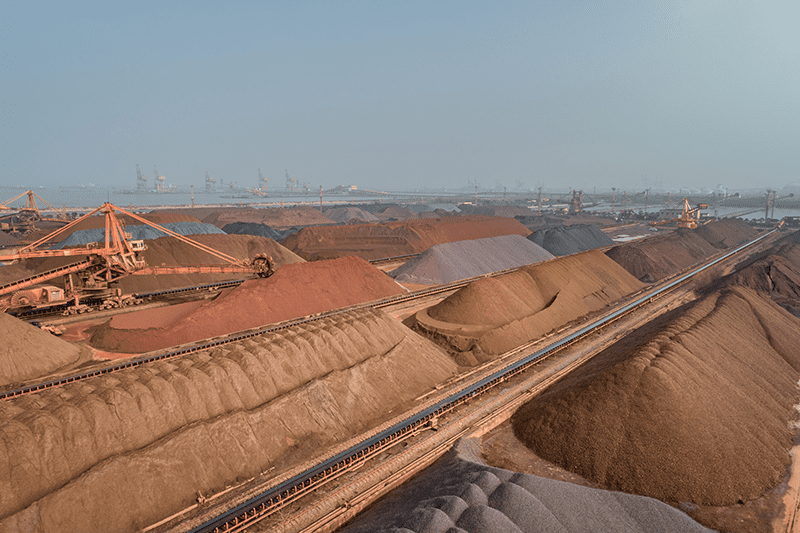 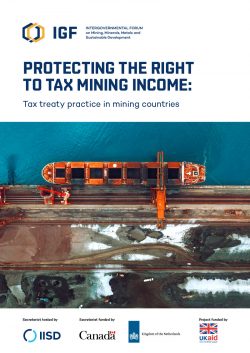 The IGF’s new tax treaty practice note (now available in English, Spanish, French) is a tool for governments of resource-rich developing countries that are contemplating the value of tax treaties or seeking to design them in a way that safeguards their right to tax mining income.

To launch this publication, we hosted a webinar wherein tax treaty negotiators from Argentina, Mongolia, and Senegal underlined many of the issues explored in the practice note and identified the following key concerns based on their practical experience representing mining nations that are subject to international tax treaties.

Negotiating or Renegotiating a Tax Treaty Is Not Easy, so Be Prepared

Negotiating tax treaty terms can be complicated by competing priorities between contracting states. For instance, Senegal insists on including an article to address extractive sector revenue risks it has experienced under past treaties. “If we do not have [this article], we do not accept to negotiate a tax treaty now,” said Amadou Abdoulaye Badiane, Director of Legislation and International Cooperation with Senegal’s Directorate General of Taxes and Customs, during the webinar.

In some cases, countries may choose to renegotiate their bilateral tax treaties, but an official from Mongolia explained to attendees that this process can consume a lot of time and resources. These protracted efforts culminated in Mongolia cancelling treaties with Kuwait, Luxembourg, the Netherlands, and the United Arab Emirates.

For more successful negotiations, speakers advised using consistent terms across your country’s treaty network to provide certainty to partners. And negotiators should seek prior approval and political alignment to define unacceptable conditions that would end negotiations. Additionally, countries should allocate resources to tax auditors. Even under well-crafted treaties, significant revenue risks can arise in the absence of sufficient capacity to audit taxpayers. Refer to Part One of the tax treaty practice note for practical tips on how to successfully renegotiate a tax treaty.

Carefully Analyze the Costs and Benefits Before Entering a Tax Treaty

On the one hand, treaties can pose real risks to governments by reducing the amount of tax a state can collect from non-residents. And treaties may exacerbate or create new profit-shifting risks, particularly for treaties signed with low-tax jurisdictions. On the other hand, countries can gain access to information and assistance from treaty partners. Treaties may also reduce the risk of double taxation, provide tax certainty, and help resolve treaty-related disputes. “You need to make an impact assessment whenever you start the negotiation … you need to know what the new tax treaty will look like, what will be the tax losses that you might not collect when the tax treaty enters into effect,” said Carlos Protto, Director of International Tax Relations with Argentina’s Ministry of Treasury.

In the recent past, Senegal suffered foregone revenue due to the inappropriate use of treaties solely for tax avoidance. In response, the country is now using a set of tools to assess the impact of signing tax treaties before responding to any request to negotiate or renegotiate a treaty. Developing countries that depend on natural resources should use a similar method to protect their interests. Refer to Part Two of the tax treaty practice note to dig deeper into the costs and benefits of tax treaties in the mining context.

The interaction between tax treaties, domestic laws, and stabilization agreements (where these exist) is a critical feature that tax treaty negotiators need to fully appreciate.

First, a tax treaty cannot create tax liability that does not exist in the domestic law. Representatives from Argentina and Senegal testified to the importance of having the right to tax capital gains in domestic law (related to the offshore indirect asset transfers). Once this right is established domestically, it must be maintained in tax treaty articles to avoid the risk of treaty shopping.

Second, where mining contracts include tax stabilization clauses, there is an added risk that revenue lost under a tax treaty will be locked in even if the treaty in question is subsequently amended—a circumstance Mongolia is currently facing. “We suffered negative consequences of a tax treaty when it interacted with a stabilization agreement signed with a big multinational enterprise,” said Tugsjargal Sereenendorj, Head of Large Taxpayers Office with Mongolia’s General Department of Taxation. “Most tax treaties were signed 40 years ago, [when] we did not have the capacity; we did not have experience.” Countries should pay close attention to mining contracts that stabilize tax treaties in force at the date of the agreement. See Part Two of our practice note for more on the stabilization of tax treaties.

A Practical Tool to Empower Decision-Makers and Negotiators

As officials from Argentina, Mongolia, and Senegal explained, tax treaties can present material risks for governments in mining nations. Protecting the Right to Tax Mining Income: Tax Treaty Practice in Mining Countries is a practical tool to empower decision-makers and negotiators to improve their tax treaty practice and safeguard their right to tax mining income.