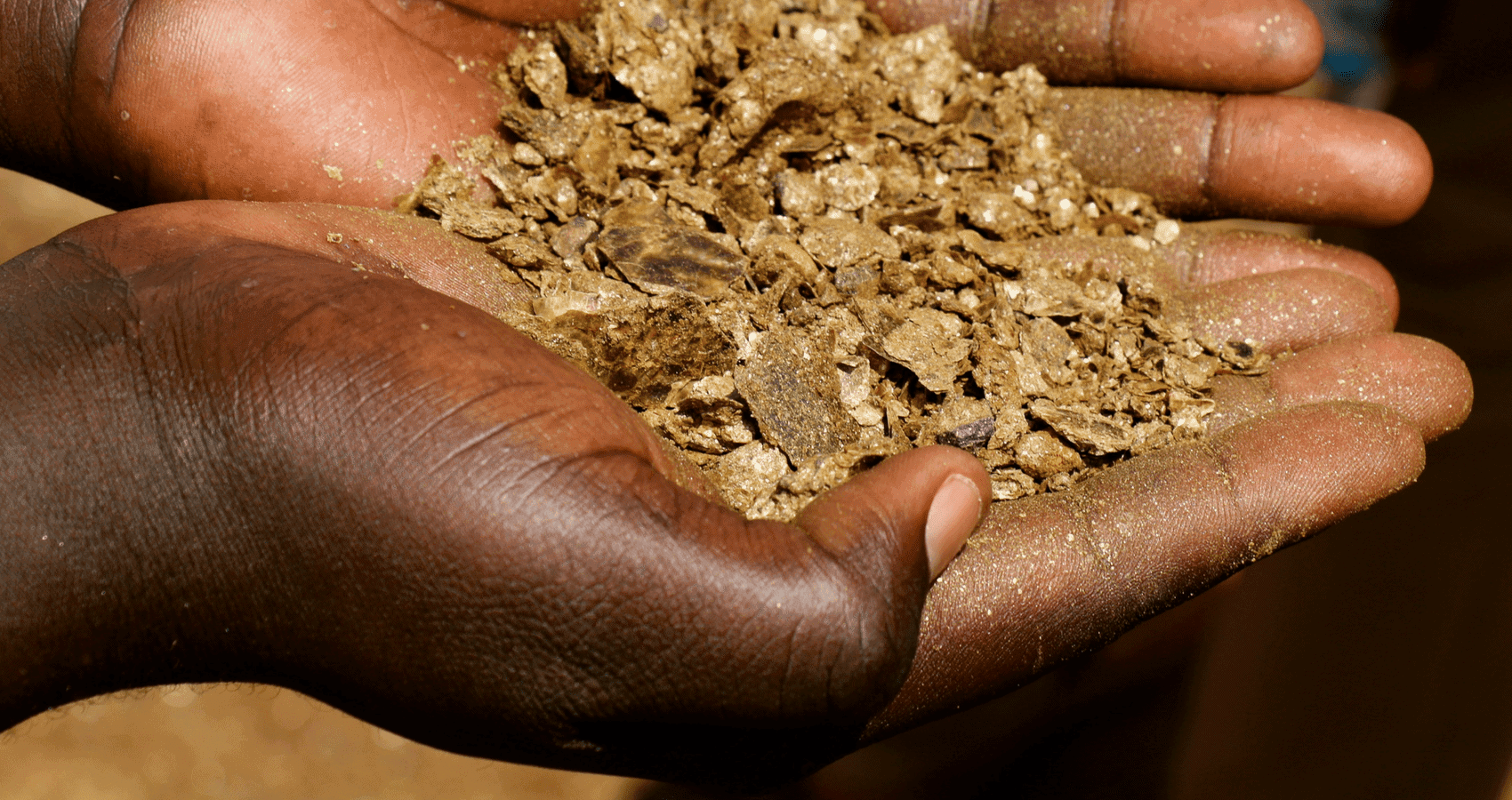 Digging Out of Conflict: Can Artisanal Mining Support Peacebuilding?

Artisanal mining is an important livelihood for many people in low-income countries.

The International Institute for Environment and Development (IIED) estimates that between 20 million and 30 million artisanal and small-scale miners are active globally, and that between 15 to 20 per cent of global minerals and metals are derived from this type of mining.

In conflict zones, artisanal miners are in danger not simply because they operate amid conflict, but also because some armed groups try to use the minerals as a source of financing for the conflict. 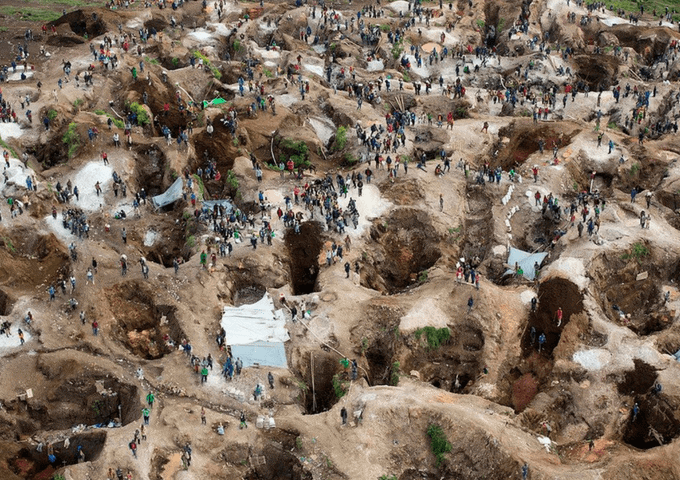 What is artisanal and small-scale mining?

Artisanal and small-scale mining (ASM) is quite diverse. It can include a range of activities, from informal, individual miners supplementing their farming incomes by panning for gold in a stream, to small-scale, formal, commercial mining entities that produce minerals in a responsible way.

Where is there most risk of conflict disrupting ASM and the livelihoods that depend on it?

You see conflict disrupting ASM in areas of weak governance—which is typically inherent in conflict areas. You see it in areas where the government doesn’t have a lot of control of the security situation, and as such it can’t guarantee the safety of ASM miners who are either operating formally or informally. And that will, in turn, disrupt the livelihoods of the people operating in that sector.

For example, ASM miners in eastern Democratic Republic of Congo (DRC) are operating far from the capital, Kinshasa, in a sector that is largely informal. And in that part of the world, conflict has played a significant role in disrupting the development of formal, legal mining activities. It’s a very complicated context, but overall conflict continues to disrupt the activities of those people trying to make a living or garner some income from small-scale, artisanal mining.

Does the opposite ever take place, where ASM fuels conflict?

There’s a lot of literature on the links between natural resources and conflict. Examples include cases where conflict is driven by a desire to capture a particular resource and sell it for profit, or where the conflict itself is financed through the sale of particular natural resources: diamonds, gold, coltan and timber. Unfortunately, it’s a long list.

Typically, the natural resources must be easy to loot and to transport, and it helps if they’re found far from the centre of political power. Again, this is the case in the DRC and is also a tragic part of the histories of countries like Sierra Leone, Cambodia, Liberia and the Central African Republic, among others.

Efforts have been made to break the link between natural resources and conflict, particularly on the financing side: using certification schemes that target mineral supply chains, in an effort to block resource revenues from funding conflict. The best known may be the Kimberley Process, which promotes conflict-free production and trade in diamonds, but examples extend to a number of other natural resources.

The link is there, and public policy-makers and the private sector are working to try to address it. For many desperately poor communities and individuals, it is very difficult for them to mine—either artisanally or on a small-scale—in the midst of conflict.

What role can ASM play in peacebuilding?

Many efforts have been made, dating back 20 years, to put into place certification schemes or regulations that would ensure that minerals are conflict-free. These schemes target the mineral or gemstone supply chain—and down all the way to the consumers—so consumers can be sure the products they’re purchasing have not been mined in a way that can contribute to conflict, whether as a funding mechanism for conflict or as a motivating factor for conflict.

The Kimberley Process is one of the more famous examples. It was designed in response to the role that diamond mining and trading played in the conflicts that were happening in West Africa in the mid- to late-1990s and early 2000s; by removing so-called conflict diamonds from the global supply chain, the international community could help prevent money from their sale reaching armed groups.

There is quite a lot of international support for those kinds of mechanisms, and while their track record for success is not perfect, they have made a positive impact.

More work is needed, of course. Coltan (or columbite-tantalite), for example, is a key mineral in the production of cell phones and LCD screens. One of the world’s larger coltan deposits is found in eastern DRC. Initially, it was being mined artisanally, sometimes in protected areas, and the proceeds from the sale of that coltan were being used by armed groups in the region to enrich themselves and to fund their conflicts.

While international and regional mechanisms have attempted to address this challenge, domestic legislation in the United States also directly tried to make a difference. The Dodd-Frank Act (more formally the Dodd-Frank Wall Street Reform and Consumer Protection Act) included a provision on certain minerals from the DRC. Companies registered on the U.S. Securities and Exchange Commission had to report on whether they were using coltan, tin, tungsten and gold from DRC, and—through certification—prove that these inputs were not from conflict sites.

The legislation was effective—perhaps too effective. The market for these minerals in the eastern DRC dried up—so even if they were mined by artisanal or small-scale operations not controlled by armed groups—and there are many such mines—all of a sudden those miners found that they couldn’t find a buyer for their product. Buyers from the private sector stayed clear of the region altogether.

So, while the law had a positive effect when it came to reducing the flow of funding into armed groups, it also had negative consequences for local livelihoods for the many miners that were operating away from armed groups. The implications of the law for the peacebuilding process is unclear, but this illustrates that there can be knock-on effects that legislation can have that can complicate the situation.

Thankfully, other organizations have taken the lead on ensuring that conflict minerals stay out of supply chains. The Organisation for Economic Co-operation and Development (OECD) has developed comprehensive Due Diligence Guidance for Responsible Mineral Supply Chains, which aims to help companies avoid their activities and sourcing practices contributing to conflict and human rights abuses. The Guidance is applicable to all minerals and is global in scope. Included in the guidance is an appendix calling on all stakeholders to engage in the legalization and formalization of ASM activities. The OECD has also developed supplementary guidance on sourcing gold from ASM. The objectives of the work are not only to build supply chains that are secure, transparent and verifiable, but also to ensure that legitimate ASM activities can benefit from ongoing trade despite the fact that they operate in conflict-affected and high-risk areas.

The OECD Guidance is now referenced and used in laws in the United States and in the European Union, and the EU passed a regulation in 2017 requiring EU-based importers of gold, tin, tantalum and tungsten to follow the guidance. This new law will come into force in 2021. Finally, the Guidance is also part of the legal framework in several African countries, notably the DRC, Burundi and Rwanda. 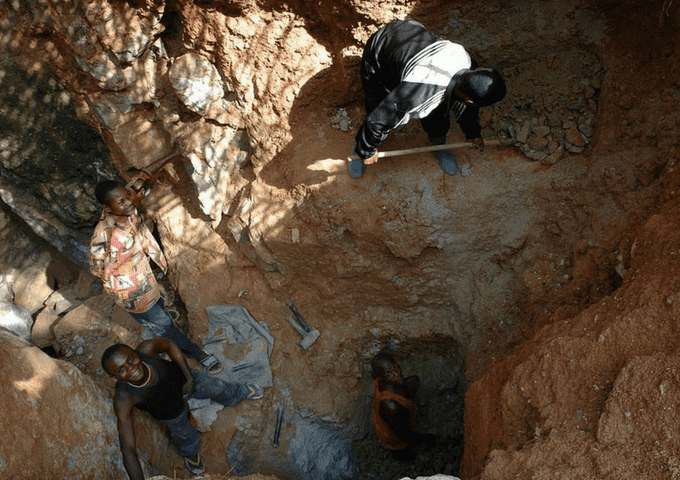 How well is ASM regulated at the national level in many of the countries where it is linked to conflict?

It depends on the country.

ASM can be formalized: small-scale and artisanal miners operate with licences, they are trained on effective environmental practices and effective mining practices, and they are committed to not using mercury in their operations. Having formalized regulation is, of course, what most countries are working toward.

But in many places, ASM remains outside of formal economic and legal spheres. It is often conducted by people who do not have licences, and who do not necessarily follow environmental regulations or best practices. The same can be said of occupational health and safety, and unfortunately at times, human rights. For these kinds of operations, it is extremely difficult for governments to legislate those practices because they are so widespread; they are happening in remote parts of the world,; and even if they put in place legislation that would formalize artisanal small-scale mining, they don’t have the resources to enforce it.

So despite the fact that there are efforts in place and best practices that have been laid out for governments to formalize the sector—to bring it into the national economy and national legislation—often it comes down to financial resources: it’s not necessarily a question of political will, but one of money. They don’t have the funding that’s needed to inspect these mine sites, to run training and capacity building for miners, to set up alternative livelihoods for miners where they don’t want them to be. It’s a big challenge for many, many countries.

So what approach do you think can support peacebuilding while also protecting ASM livelihoods?

Countries should facilitate and encourage participation in supply chain and certification initiatives that focus on promoting conflict-free minerals and minerals that are mined in a way that supports human rights.

They can also allocate land to ASM operations. Such ASM zones can help to improve a government’s ability to regulate mining operations, to offer training and services to miners and to help ensure that production is conflict-free.

At the same time, a lot more support can go to national governments to build up domestic legislation and management strategies for ASM and—crucially—to also support enforcement of any national and international laws that are being applied within a country’s borders. Because that’s often just not there.

This column was originally published by the International Institute for Sustainable Development (IISD) and was written in collaboration with Christian Ledwell, Program Manager, and Alec Crawford, Senior Researcher with IGF and lead for the Resilience Program’s work on environment, conflict and peacebuilding at IISD.

For more on this topic, read the IGF’s Guidance for Governments: Managing artisanal and small-scale mining.